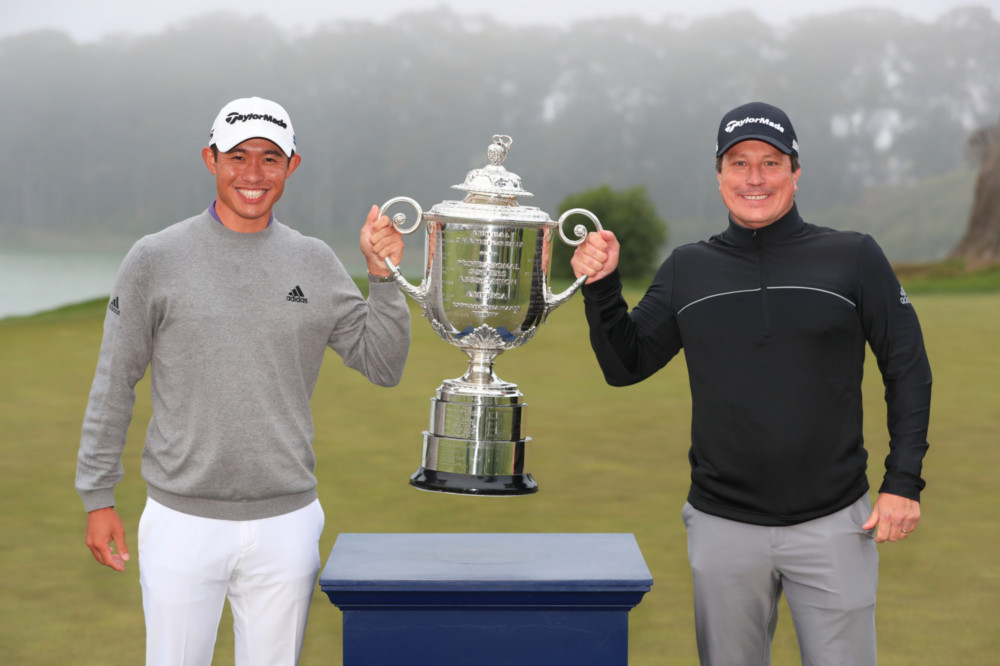 Rick Sessinghaus has coached Collin Morikawa for 15 years. He was there as his star pupil succeeded at every level of the game. From junior golf to college at Cal Berkley to the PGA Tour – where at one point he had more wins than missed cuts.

Sessinghaus often tells the story of coming home from the lesson tee way back when and sitting down with his wife. “I’m telling you, this kid has ‘it.’ That real ‘it’ factor,” he said. Yes, Collin was physically talented with a silky-smooth golf swing. But that’s not the “it” his coach saw.

“It was his mindset,” says Sessinghaus. “I have a doctorate in sports psychology, so maybe I’m a little biased (he laughs), but I believe the mental game becomes the factor that makes the biggest difference.”

Even then there was a maturity surrounding him. A calmness, a certain level of focus and pure enjoyment of the game that signaled that he was playing for all the right reasons. That’s a palpable sense you get watching the young man compete to this day. At just 23 and one year into a stellar career, he gives you the feeling that he’s been on Tour for five seasons.

“Whether he won as a junior, a college player, the Barracuda, the Workday or now the PGA Championship, he knows his game translates,” says Sessinghaus. “He embraces those moments and yet doesn’t get overwhelmed; he views them as another great opportunity to play golf and do the things he’s prepared for.”

“Labels will make people feel pressure, to try harder and do things differently, to try things they haven’t prepared for. Not Collin, that’s where his maturity sets him apart.”

There’s perhaps no greater label in golf than Masters Champion. As Collin sets his sights on Augusta for the very first time, where a win would put him in the company of Tiger Woods and Rory McIlroy as multi-major winners at the age of 23, he has prepared his game and his mind for the iconic venue. 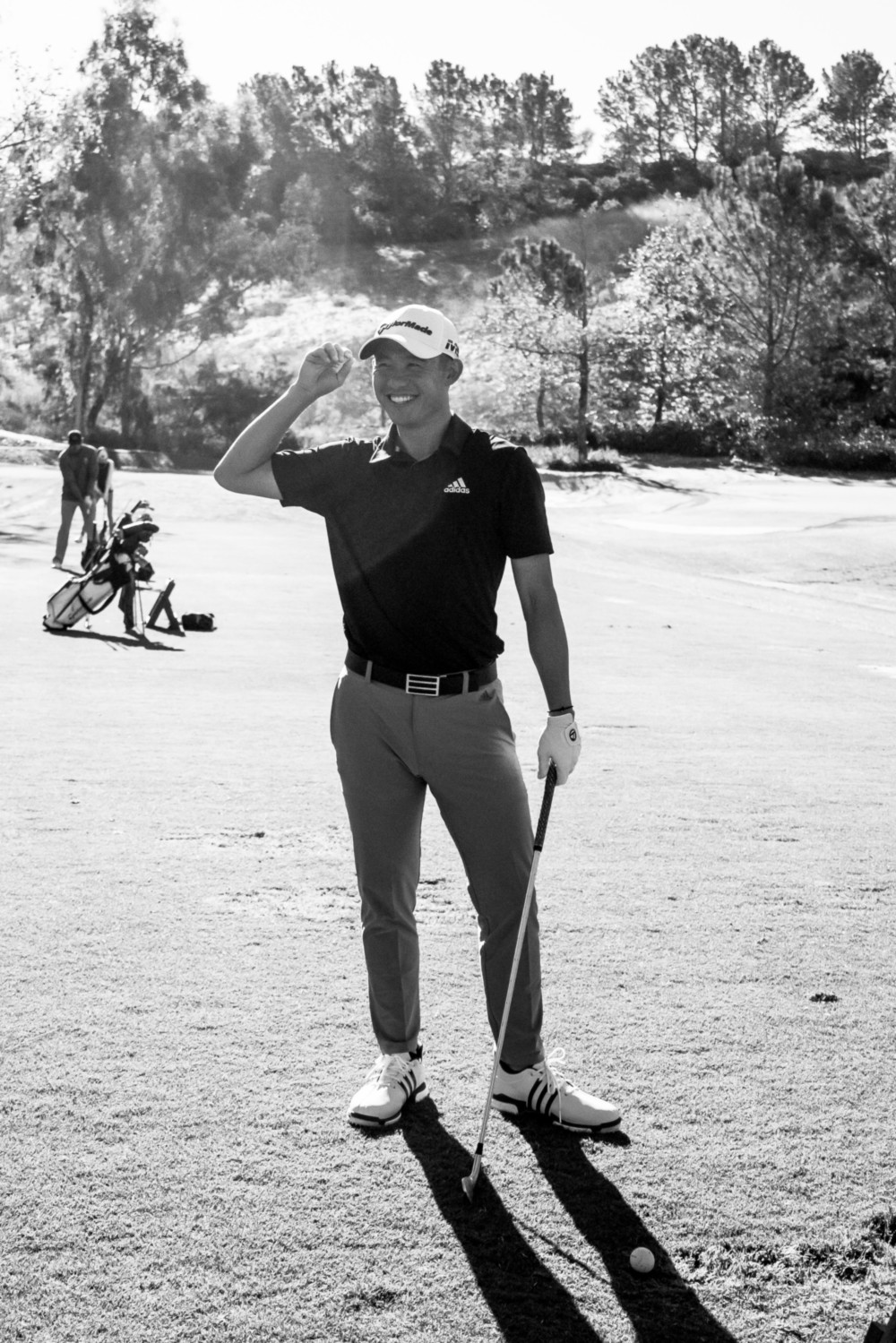 “Labels will make people feel pressure, to try harder and do things differently, to try things they haven’t prepared for. Not Collin, that’s where his maturity sets him apart.”

There’s perhaps no greater label in golf than Masters Champion. As Collin sets his sights on Augusta for the very first time, where a win would put him in the company of Tiger Woods and Rory McIlroy as multi-major winners at the age of 23, he has prepared his game and his mind for the iconic venue.

If you’ve spent any time watching Collin Morikawa play (If you haven’t, treat yourself. It’s a joy to see.), then you know his preferred shot shape is a fade. His controlled butter cuts fall perfectly from left to right. However, it’s long been said the Augusta National favors a draw – particularly holes 10 and 13. While that’s less true for the longest hitters who can attempt to overpower the doglegs, the curvature of the holes and sloped terrain can serve as speed slots for players with moderate distance (Collin currently averages 297.4 yards off the tee, ranking 136th on Tour). With speculation that the course may play longer in the autumn conditions, it was important for Collin to begin working a draw into his arsenal. 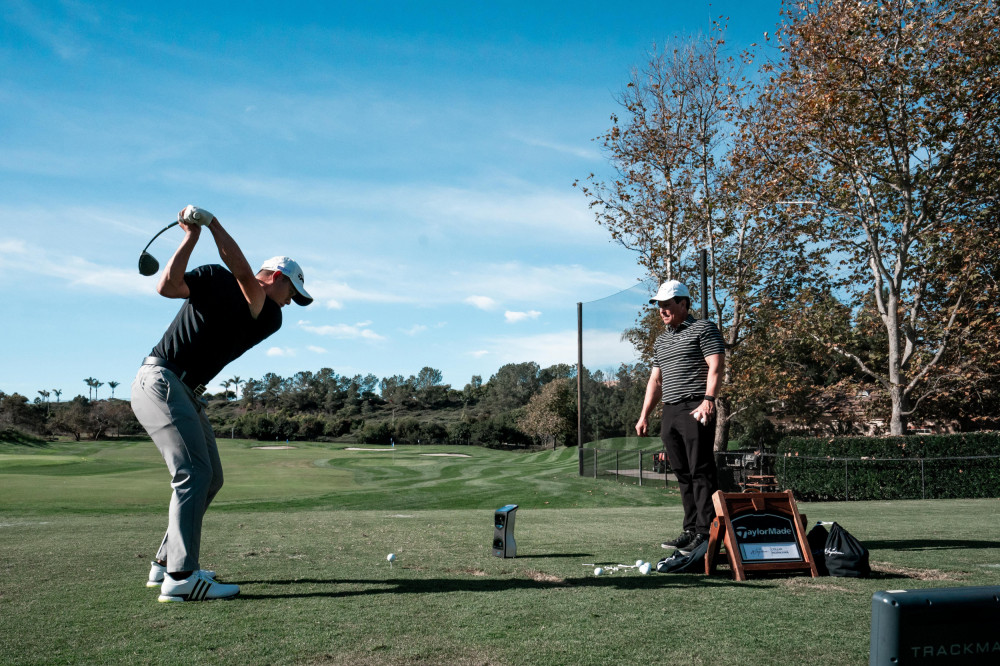 Several weeks before the tournament, Sessinghaus and Morikawa began installing a draw with his 3-wood – precisely with the tee shots on Nos. 10 and 13 in mind. The work mainly took place on the range, where they’d envision the hole and then execute the shot. While neither of the two have been to Augusta, Collin’s veteran caddie J.J. Jakovac has looped the venerable course many times. During practice rounds at events leading up to Augusta, J.J. would also call out on-course scenarios where it’d be the right time to work in the draw.

The sloped fairways of Augusta make it hard to find an even lie. Balance and a secure base will be critical to hitting crisp approach shots. Since joining the Tour, Collin’s calling card has been his ball striking and his ability to repeatedly find the center of the clubface. For the 2020 season, he finished 2nd in Strokes Gained Approach to the Green (.884).

Collin recently switched in the new P•7MC™ irons, first putting them in play the week of the Shriners Hospital for Children Open (Oct. 8-11).

“It’s been a pretty seamless transition to the new irons. He’s very particular about the first window his iron shots go through. They check that box and offer a little higher trajectory – particularly in his long irons, which he likes. His distances and spin numbers have been spot on, and he likes the feel of them. So it’s been an easy change.”
Rick Sessinghaus

Hitting precise green quadrants is paramount to success at this course, and Sessinghaus feels that his man’s iron play is as precise as any one’s in the world.

It’s impossible to simulate Augusta greens. The speed and undulation are unmatched. However, while playing the CJ Cup at Shadow Creek, Morikawa likely found the next best thing. Many players made the same comparison, pointing out that both courses have bent grass greens that are heavily sloped and contoured. With this in mind, Collin spent the week prior to the Masters at Shadow Creek working on putter prep.

“We achieved a lot the week of CJ Cup from a putting standpoint, particularly showcasing the ability to be creative as far as green reading is concerned. That’s obviously a big factor at Augusta, and then we’ll closely look at the green speeds during our on-site prep that week.”
Rick Sessinghaus

Morikawa and Sessinghaus will arrive in Augusta on Sunday night, and then the work begins the following morning (after COVID testing, of course). Their preparation routine won’t change much. They’ve developed a rhythm for managing his energy levels, getting time on course to create a strategy and hitting all the shots they’ll need for the week. Even though he’s a Masters rookie, there’s a chance that the playing field has been leveled by the fall date – everyone that’s used to playing in spring will have to adjust on the fly, while Morikawa has nothing to compare it to.

When the lights go on, Morikawa will be able to draw from his experience at the 2020 PGA Championship. That tournament wasn’t handed to him, he went out and took it. The hole out on No. 14 and the drive on 16 – he delivered at the most opportune times.

“Success breeds confidence. It reinforces the work he, J.J. and I put in as a team. No matter the label on the tournament, he's ready to go.”
Rick Sessinghaus