Take a look inside the bags of the world's best players as they prepare for the 2020 U.S. Open at Winged Foot Golf Club

This is one of those weeks.

It’s a week where a golfer’s preparation and patience will be tested, exposing all of their weaknesses. If you didn’t do your homework—it’ll show.

It’s a week-long chess match, pitting the minds of the world’s best golfers against a brute test of angles, risk and nature.

For the members of Team TaylorMade, it’s one of those weeks they’ve had set in their minds ever since those first tee shots were struck back on the wide and welcoming fairways of Kapalua.

This week is the U.S. Open. At Winged Foot.

Yup, it’s shaping up to be one of those weeks.

With all that a U.S. Open layout demands, you can be sure the likes of World No. 1 Dustin Johnson, Rory McIlroy, Jon Rahm, Collin Morikawa and Tiger Woods have spent the past few weeks dialing in their setups to meet the challenge. Let’s dive into their bags and take a look at how the world’s best are setting up their TaylorMade equipment this week.

Dustin Johnson is on a hot streak that will be remembered for a long time. Over a three-month stretch, the unflappable World No. 1 won three times and finished runner-up at the PGA Championship. DJ put an exclamation mark on the season by capturing the Tour Championship, and the FedEx Cup title in the process, just two weeks ago.

DJ rode pretty much the same setup he had in place all season during that epic hot streak, but looks like he’ll be making a slight change for Winged Foot. DJ was testing and practicing with a new SIM DHY 2-iron, which will replace one of the two SIM Max rescues he’s used for most of the season.

While we all know DJ’s calling card is his power off the tee with SIM driver and precision iron play, it’s his putter that helped fuel his late-season charge up leaderboards.

DJ ranked 134th on Tour in Strokes Gained: Putting after the RBC Heritage on June 21. The next week he won the Travelers Championship gaming the Truss TB1 putter. He eventually switched again, this time back into his old reliable black Spider Tour, and hasn’t looked back.

DJ never finished outside the top-12 in SG: Putting in three playoff starts and ended the season ranked 48th on Tour in the stat. That’s quite the turnaround.

DJ will need to have his Spider Tour and TP5x working in harmony again this week to tackle the West Course at Winged Foot’s tricky greens. 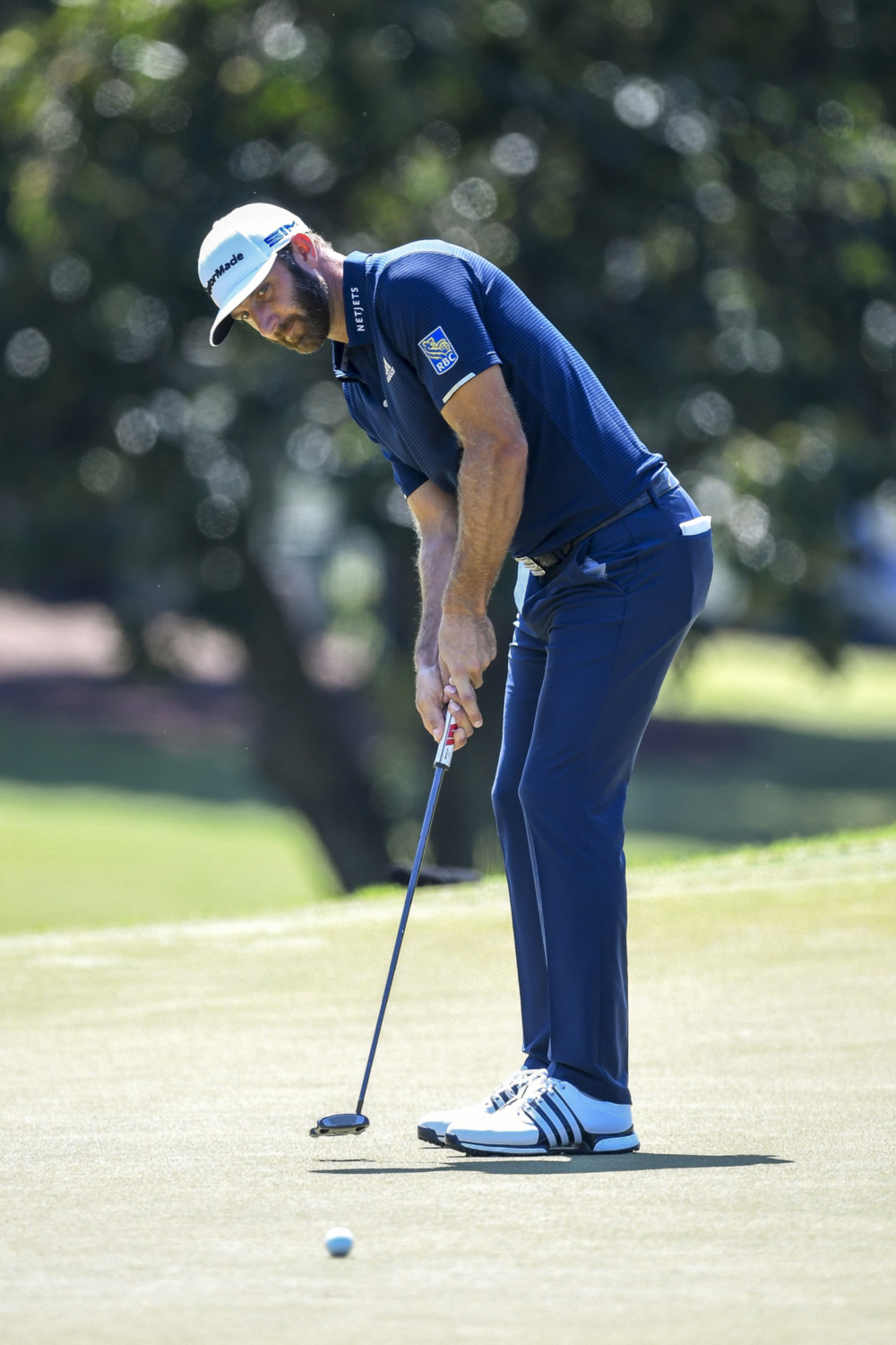 Expand
DJ was red-hot with his Spider Tour.

Tiger Woods’ quest for a fourth U.S. Open and 16th major title begins this week—if that doesn’t get you excited to tune in, we can’t help you.

A master of course management and iron play, look for Woods to lean on the combo of his SIM driver, P·7TW irons and pair of Milled Grind 2 TW grind wedges to put him in the best positions this week.

In a rare occurrence, given his status in the game at that point, Woods missed the cut at Winged Foot the last time the U.S. Open was held there in 2006. Let’s see if the Big Cat can erase that blemish and make some noise this time around.

Jon Rahm enters this week is in a good position to capture his first major title—and for good reason. When looking at Rahm’s 2020 stat sheet, it reads like the menu at a 5-star restaurant. There’s not a bad course to be found.

Rahmbo leads the Tour in Strokes Gained: Total (+1.82), is third in Tee-to-Green, fourth Off-the-Tee and 22nd in Putting.

Rahm usually carries a trio of Milled Grind wedges with him, mixing between the HiToe and MG 2, which should serve him well at Winged Foot. He’ll have to be precise around those bending complexes. But not to worry, even if you look down the menu, Rahm is still proficient in that area, registering 24th on Tour in SG: Around-the-Green. 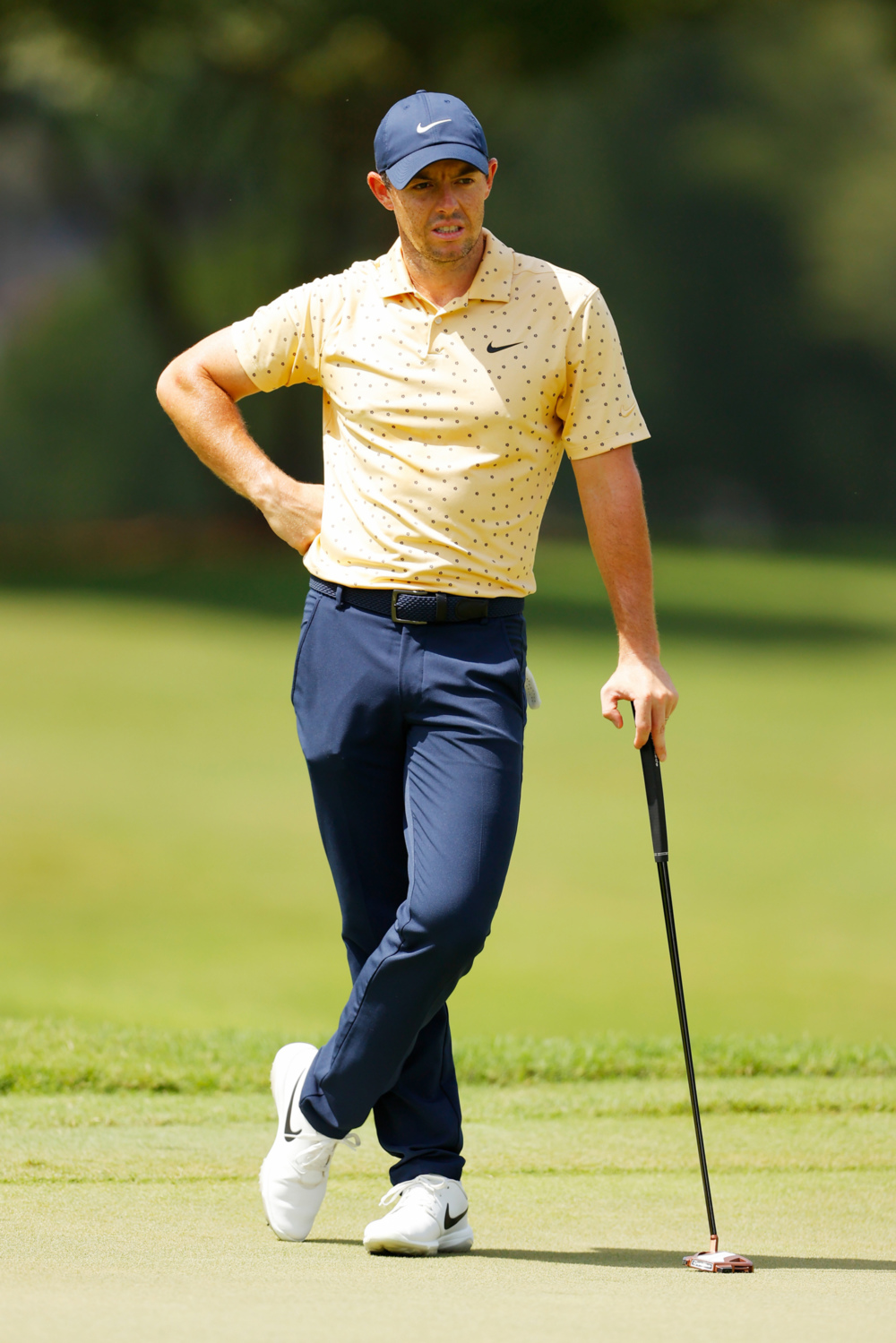 As a former champion, Rory McIlroy knows that it requires ALL of the shots to hoist the U.S. Open trophy. Lucky for us, we can watch him hit every low, high, medium and towering wedge shot he’s got in the bag on repeat here.

Rory was an early adopter of the all-new P·7MB irons and continues to carry those in the bag this week. 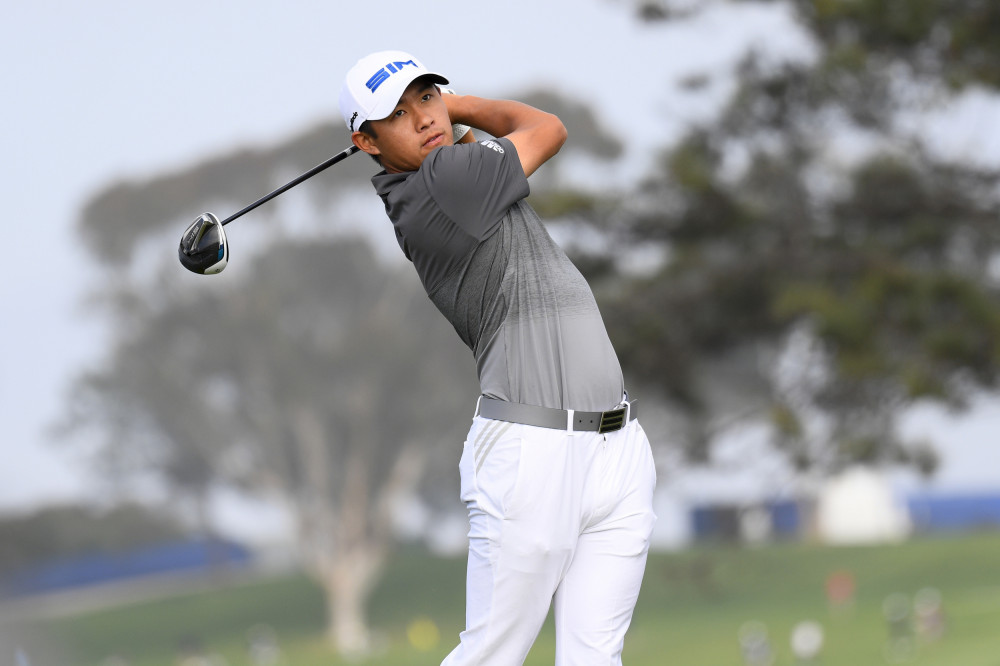 There’s only one player on the Winged Foot property who can say he’s gunning for back-to-back majors, and that player is Collin Morikawa. Morikawa flashed the brilliance, and patience, needed to win a major championship at TPC Harding Park last month.

While he played in last year’s U.S. Open at Pebble Beach as an amateur, Winged Foot should prove a more difficult test for the reigning PGA Champ. But Morikawa’s sharp iron play (second on Tour in SG: Approach) should make him a contender just about every time he tees it up.

Morikawa added a few of the all-new P·7MC irons to the top end of his setup at the TOUR Championship, and will carry the longer 4- and 5-irons with him this week as well. 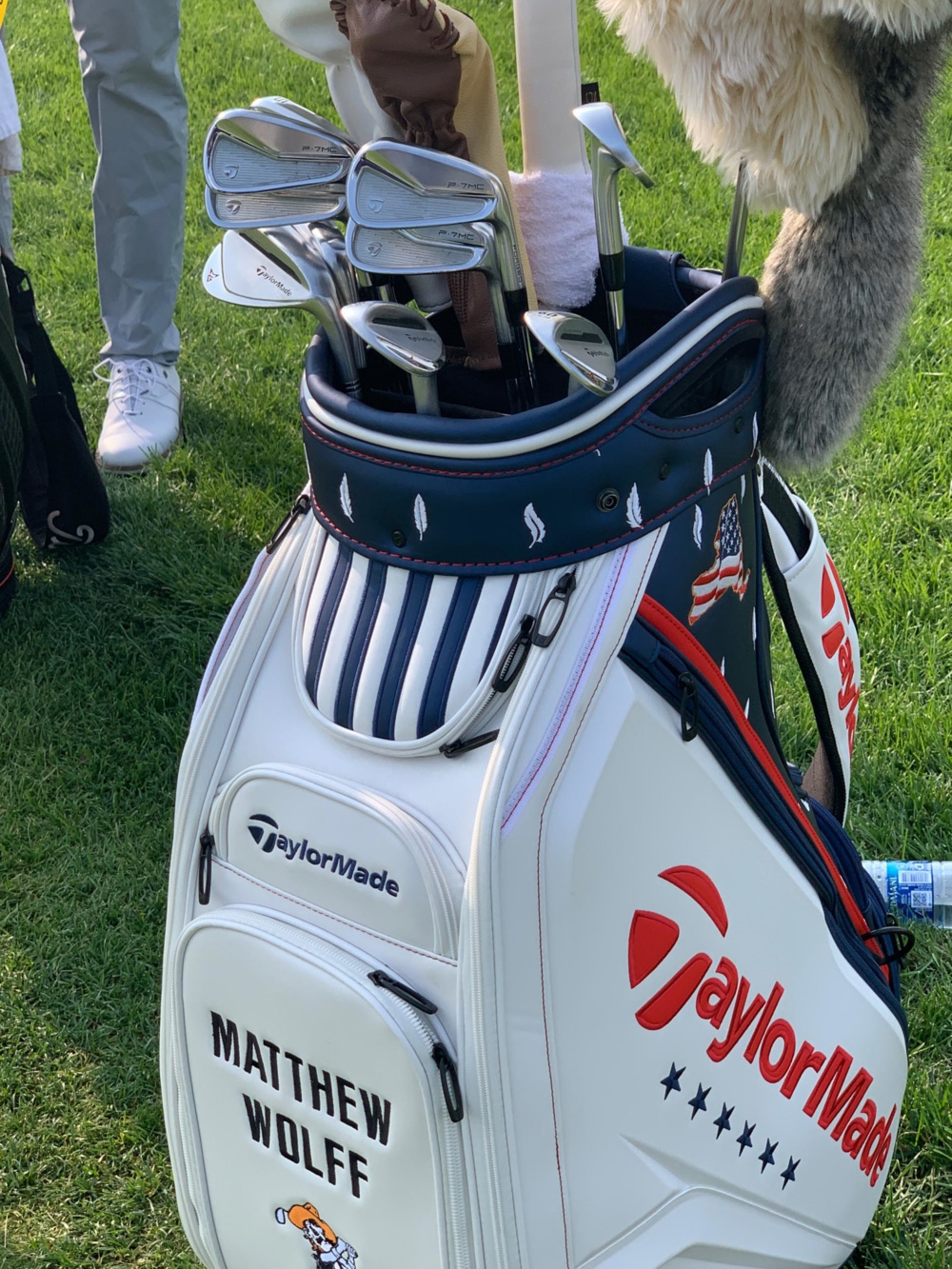 Rookie nerves? Nah. Matthew Wolff showed no signs of them playing in his first major at the PGA Championship in August. He fired off four rounds in the 60s to finish in a tie for fourth. That’s some big-time stuff from the 21-year old phenom.

Wolff absolutely cranks his TP5 pix golf ball off the tee with his SIM driver. The California kid ranks 12th on Tour in SG: Off-the-Tee and ninth on Tour in driving distance (311.6 yars), so he’ll need to find the short stuff off the tee to capitalize on his strengths this week. 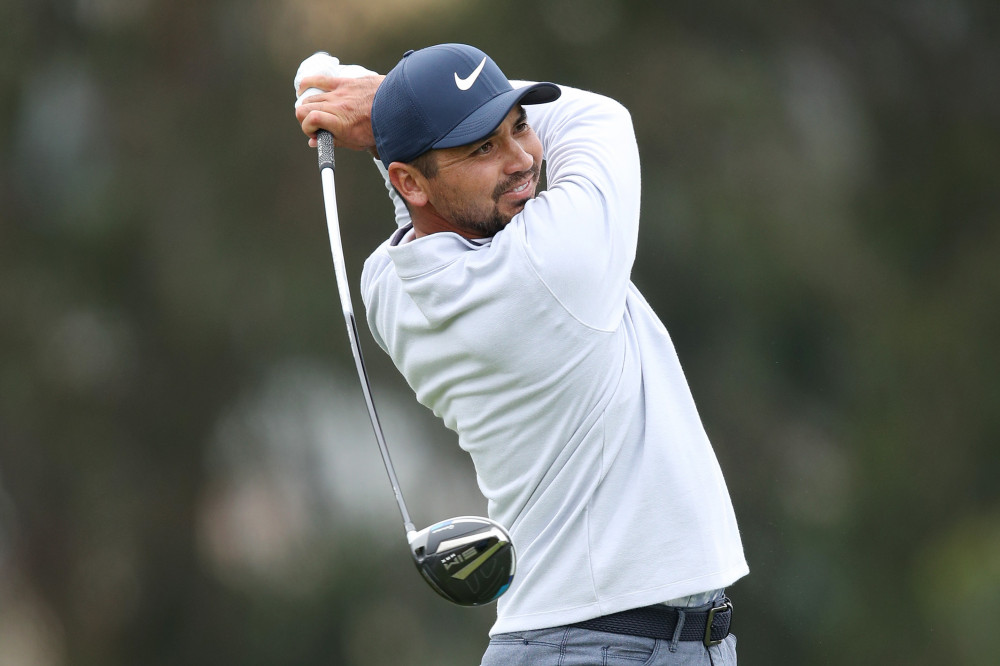 Expand
Jason Day enters the U.S. Open off a T-4 finish at the PGA Championship.

Outside of DJ, there might not be another member on the Team TM squad looking forward to teeing it up again more than Jason Day.

The Aussie was a maintstay on leaderboards down the stretch of the season, never finishing outside of the top-7 in his final four starts before the playoffs, which included a T-4 finish at the PGA Championship.

Day’s combo of skill around the greens (he ranks first on Tour in that stat) and steady putting with his iconic Spider Tour bodes well for a major setup.